At a time in this country when life is full of uncertainty, one thing that you can count on is that Tate Thrasher is going to be busy! The soon to be Sophomore at Columbia …

Springfield Mo. – January, 6, 2020 – The very popular Lew’s High School Grant Program will once again be taking applications for the 2020 grant season starting on Monday January 13th. For the fourth year …

Oregon’s Jacob Wall Fishes His Way from the TBF Junior Program to the FLW Tour. The sport of fishing has granted me many gifts in my lifetime. From fishing with my dad as early as …

The Batavia High School Bass Fishing Team recently competed in the IHSA State Bass Fishing Championship on Lake Caryle in Central Illinois. This video highlights their journey along with their Lew’s Product they received through the High School Grant Program. 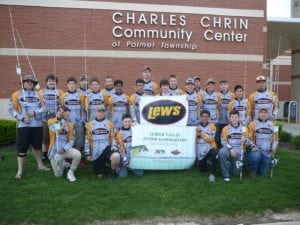 “We’re so excited to have been awarded one of the Lew’s Product Grants,” Lehigh Valley Coach, Lynn Post, quipped. “This is a terrific program and we can’t thank Lew’s enough for bringing this program to fruition. We took the time to fill out the Lew’s Grant Application on the Future Fisherman Foundation site and we’re thrilled to have been awarded the product grants and they have really helped support our team.”

“One of my team members has been saving to buy himself a new bait caster combo and when he won the Lew’s Mach Combo at our last event he was just thrilled,” Post added.  “We’re also going to raffle off one of the Mach combos at our year end banquet, which will really help us with our funding” Cited Post. “We can’t thank Lew’s enough for all that they have done for fishing teams like ours”.

Get your team involved in the Lew’s Grant Program by going to www.futurefisherman.org or www.Lew’s.com to start the application process now! 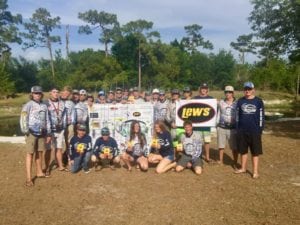 The Osceola Anglers High School fishing team in Central Florida is just about the perfect picture of what a high school fishing team looks like. They have grown from their infancy to 28 fulltime members who are very active not only on the lake but also in their community. The team participates in a variety of intra-club events, a High School trail in the Central Florida area and events sponsored by the SAF/FLW and others. The club also has regularly scheduled team meetings that are run by the students to help plan their activities throughout the season.

“Typically, we run fund raisers throughout the year to help fund our year end awards which include Scholarships as well as fishing equipment,” Coach Lamar Chisolm, stated. “This year, with the addition of the Lew’s Grant Program, we can now ensure that all of our team members will receive new tackle and equipment to work with,” Chisolm added. “The team really likes the Lew’s products so receiving the Mach Combo’s is a big highlight for those who earn them.”

The Lew’s Product grants are available to all High School teams throughout the country who apply. Your team can start the process by going to www.futurefisherman.org or www.lews.com. The grant is designed to grow the sport of fishing and rewards teams that are active in their communities, as well as, supports the Keep America Fishing campaign across the country. 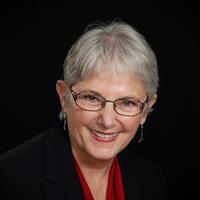